The bricks of Phase 4, the final phase of the mining memorial, – 500 in total – have been laid around the grass areas which surround the clock in front of Wetherspoons / Anglesey Lodge and form part of the overall memorial which has a huge Davy Lamp as its focus. The mining memorial has the full backing and support of Hednesford Town Council and the Coalfields Regeneration Trust.
CHAPS was absolutely delighted with the response to Phase 4 which was far greater than expected.

The dedication of this 4th and final phase of the Cannock Chase Mining Memorial was held on Saturday 22nd April 2017 at 2.00pm in Hednesford Town Centre. The day was dry and sunny; the Town Centre was closed to traffic for the occasion and around 1500 people congregated around the bricks to be a part of this very special service.

The service was conducted by the Right Rev’d Nigel McCulloch KCVO, former Bishop of Manchester and former Bishop of Mining Communities. CHAPS was delighted that Bishop Nigel was able to do this and also that Jim Bullock was again able to be involved in the service: as a local lay preacher and a former miner he brought his own wonderful touch of colour to the event.

CHAPS was honoured that Her Majesty’s Lord Lieutenant of Staffordshire, Mr Ian Dudson CBE KStJ was also present at the service, accompanied by his wife. He was joined by several local dignitaries including Amanda Milling MP, Alan Pearson, Chairman of Hednesford Town Council and Dr Tony Wright, former Cannock Chase MP and former Chairman of the CHAPS committee. Music was again provided by Lea Hall Brass Band [formerly Rugeley Power Station Band] and the Chase Orpheus Male Choir, both of whom have been enthusiastic supporters of the project since the first dedication in 2006.
Order of Service sheets and a sound system ensured that everyone was able to actively participate in the proceedings.

Mike Mellor BEM, President of CHAPS, said: “This has been a wonderful project to undertake and be involved with. I am so proud of what the committee has achieved. The many conversations I’ve had with those who have purchased bricks show just how much this mining memorial means to so many people. It is indeed “A Lasting Tribute” to the industry and the people who worked within it.”

A new supplement listing the names of all those included within phase 4 has been produced which fits inside the book “A Lasting Tribute”. Everyone who purchased a brick was able to receive a copy of the insert, free of charge. There are a limited number of the Phase 4 Supplements and copies of the Dedication Order of Service available at Hednesford Library and the Museum of Cannock Chase, Valley Road, Hednesford. 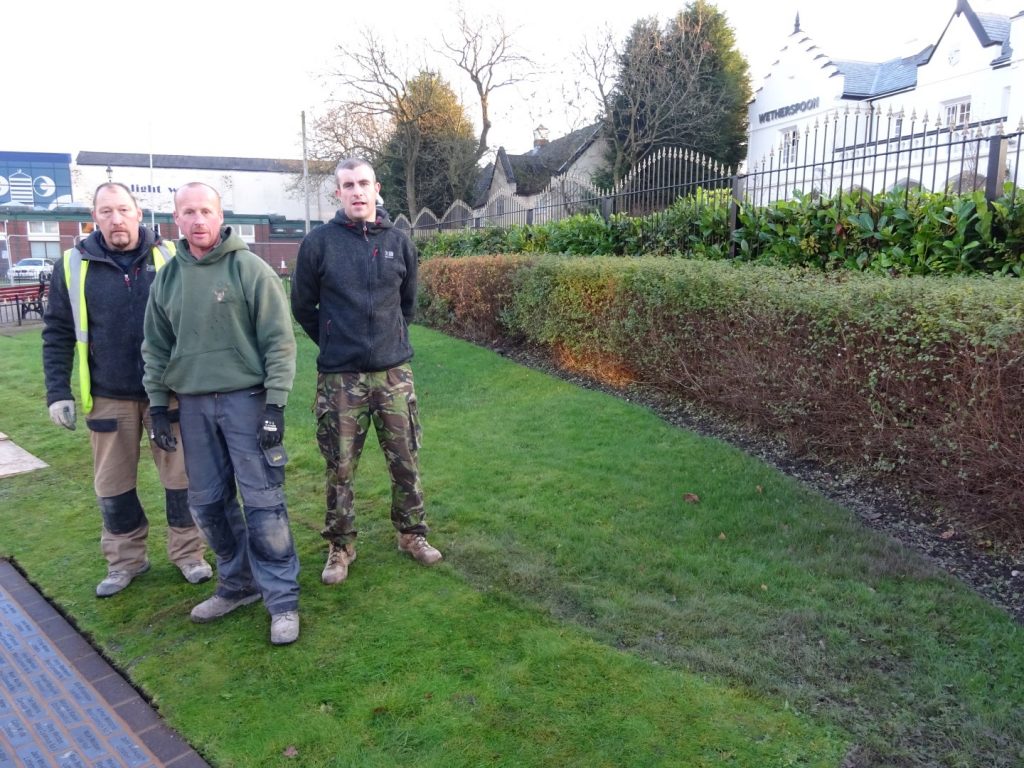