In March 2000 Dr Tony Wright MP convened the first meeting of the Town Centre Forum, its aim being to discuss issues relating to the centre of Cannock.

At a Town Centre event in August 2000 organized by the Rotary Club of Cannock, Dr Tony Wright, then MP for Cannock; Bob Todd, then Chairman of Cannock Chase Council and Mike Mellor, then President of the Rotary Club of Cannock discussed over lunch the need to commemorate the mining heritage in the Chase area. This came about following several discussions Mike had had with his Uncle, Horace Tranter who had spent 42 years of his working life underground at various pits in the area, finishing at Littleton Colliery. Mike and his Uncle felt very strongly that the area’s mining heritage should be commemorated in some way.

A piece of public art for the “Pitmen Project” as it was then named was subsequently discussed at various Town Centre Forum meetings. It was eventually agreed, at a meeting in February 2001, to form a steering group under the name of CHAPS [Chase Arts for Public Spaces] to pursue a suitable project.

In November 2003 a formal constitution was adopted and the Committee approval given for the project at Queen’s Square Cannock to proceed. The artist of the piece was to be Neil Wood; the order for the sculpture was placed July 2004. 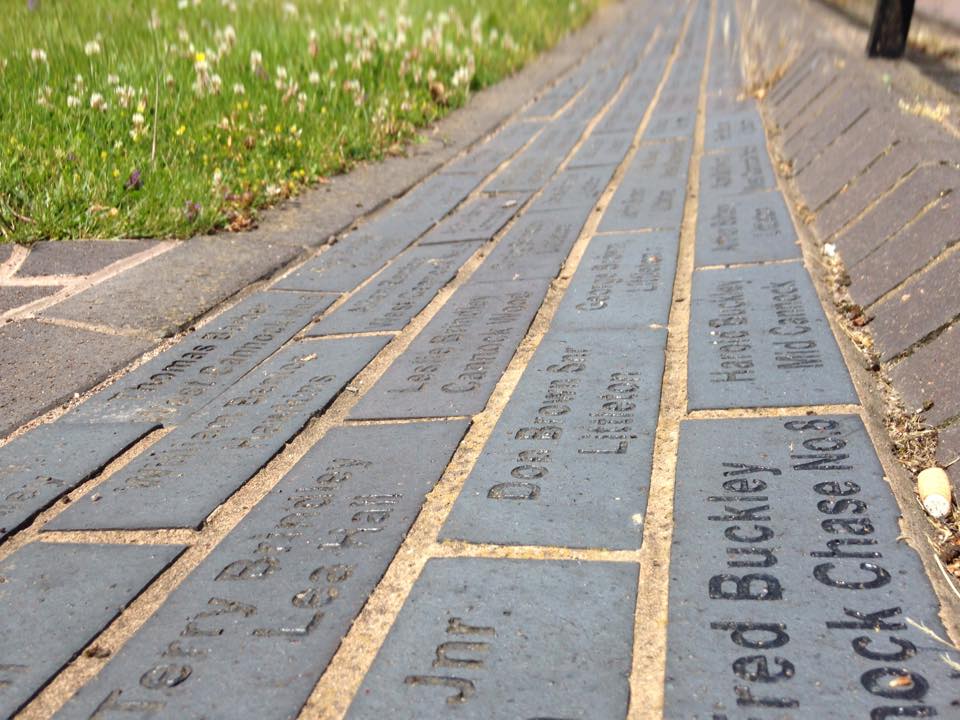 In February 2004 the Committee discussed matters in relation to a piece of artwork in Hednesford. Mike Mellor held consultations with Cannock Chase Council on the siting of such a piece and a possible format. Jack Sunley had made contact with Blake Valley Technology College and requested designs for the piece; these were subsequently presented at an event held on 14th June 2004. Funds were to be raised by a ‘buy a brick’ campaign. In October 2004 Mike Mellor presented drawings to the Committee indicating the piece to be located adjacent to the library in Hednesford.

On 19th November 2004 the sculpture titled “Heritage” on the Queen’s Square Island in Cannock was unveiled by Rt Hon Estelle Morris MP, Minister for the Arts. Its approximate value of £30,000.00 was raised through business sponsorship and in-kind contributions. 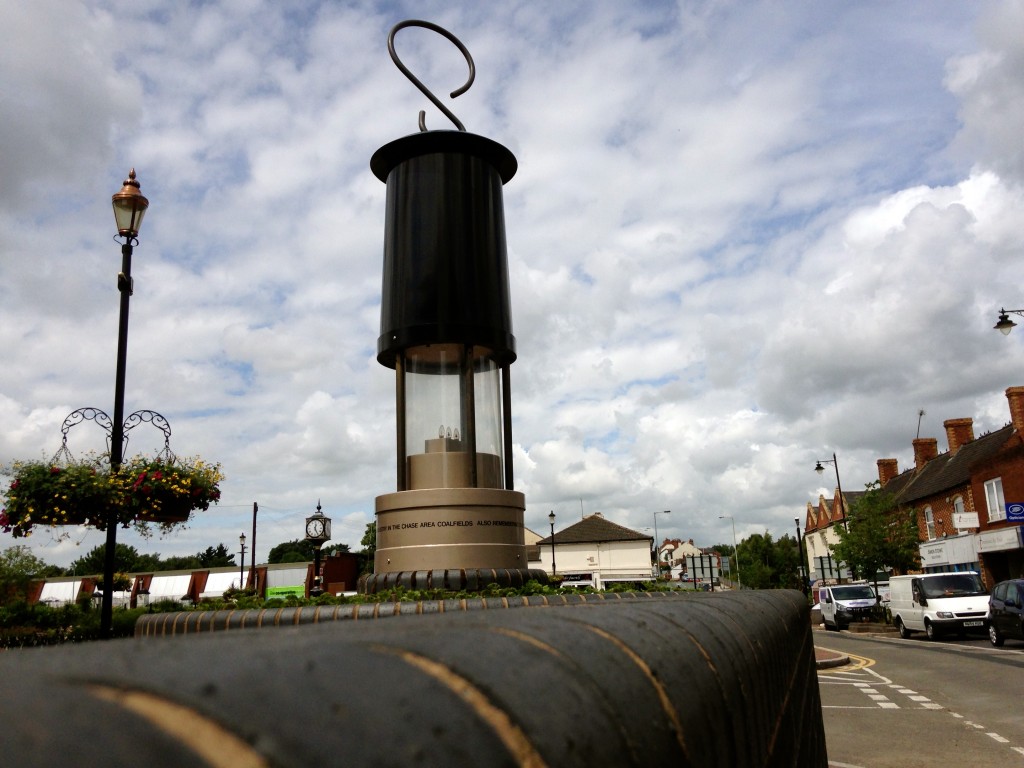 June 2005 – a planning application for the Hednesford Project was submitted to Cannock Chase Council. After several delays due to requests for additional information permission was eventually granted in December 2005.

Work commenced in June 2006 and was dedicated on 29th July 2006 by Rt Revd Michael Bourke, Bishop of Wolverhampton.

As a result of massive public demand this was followed by two further phases of over 1000 bricks each time. Mike Mellor designed and managed the building of the extended memorial with Dedication Services held in April 2012 and April 2014, each led by the Bishop of Manchester, Rt Revd Nigel McCulloch and each attended by well over 2,000 people.

The approx overall value of the project is £100,000.00, this has been met through the purchase of inscribed bricks by people as far away as Australia and New Zealand, grants obtained, in-kind contributions and proceeds from the book “A Lasting Tribute” compiled and edited by Julie Shires and Mike Mellor. To date there are over 3,500 inscribed bricks placed in the memorial.

Interest in the concept and design of the memorial has been remarkable and has resulted in similar projects in many parts of this country and in Arizona, USA. In all instances CHAPS has been asked to share their knowledge and to give advice.

November 2007 saw the unveiling of the Embroidery depicting Cannock Chase, undertaken by Chadsmoor Tapestry group. They began their work on this project in September 2001. The embroidery, a wonderful and priceless creation, for which CHAPS committee member Brenda Marshall and her team received the QueensAward for Volunteer Services, now hangs in Cannock Chase Council Chamber. CHAPS were pleased to play a part in the transportation and installation of the work

In December 2007 a CHAPS project in Rugeley was unveiled – a glass mural designed by local artist Jacqueline Cooley installed at Lea Hall Miners Welfare and Social Club. The approx value of £25,000.00 was raised through grants and sponsorship.

Following the destruction of the fibreglass elephant which sat in Cannock Town Centre, CHAPS were approached by numerous people, including children, who wished to see a replacement installed. CHAPS obtained planning permission and sourced a granite replacement which was installed in December 2008, much to the delight of the many children present. The approx value of £4,000.00 was raised through sponsorship and in-kind contributions.

Numerous other local initiatives have been supported by CHAPS since its inception in 2003.

In February 2013 the group was approached by Lea Hall & Brereton Collieries Memorial Society to assist with a project to erect a memorial to the mining industry on the Globe Island in Rugeley. Representatives of LHBCMS were encouraged to join CHAPS and they now serve as members of the committee.

After many months of negotiation with the Authorities, planning permission was finally obtained in December 2013 and artist Andy de Comyn was commissioned to produce 4 sculptures of figures of miners which will be erected on the Globe Island and officially dedicated on 13th September 2015. The approx value of £70,000.00 has been raised by grants and sponsorship. 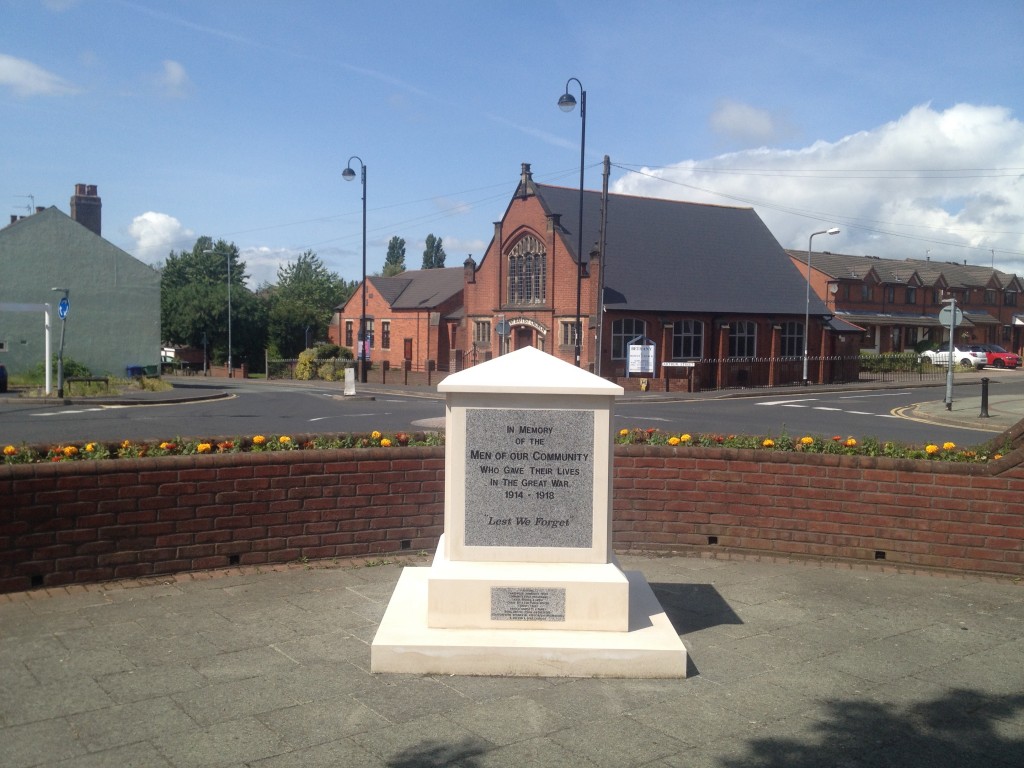 In 2014 CHAPS was asked to assist with the design, installation and dedication of a memorial to commemorate 160 men from the Chadsmoor area who lost their lives in the First World War. The dedication took place on 18th April 2015.

The Book ‘A Lasting Tribute’

This book has been commissioned by Chase Arts for Public Spaces (CHAPS).  It forms part of a project that has seen a coal mining memorial built in three phases in the town of Hednesford in the Cannock Chase district of Staffordshire.  The memorial currently commemorates over 3,500 people who at one time worked in the Cannock Chase Coalfield.

The book aims to tell the story of how the memorial came to be built.  It is also a tribute to the area’s coal mining heritage and to the people who played a role, however big or small, in helping to create that heritage.   We hope it is a fitting tribute that is not just informative, but interesting, entertaining and thought-provoking. 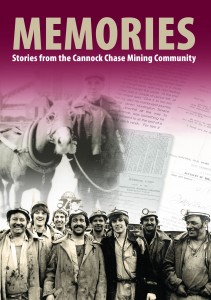 This book supplements ‘A Lasting Tribute’ and contains all stories – long and short – sent to CHAPS by those purchasing bricks to remember former miners.  The stories give a wealth of information building a picture of life for those below ground and of their families.

The books were not intended to be for sale, but rather as local history documents. There is a copy in each of the Libraries within the Cannock Chase Coalfield and one in the British Museum.